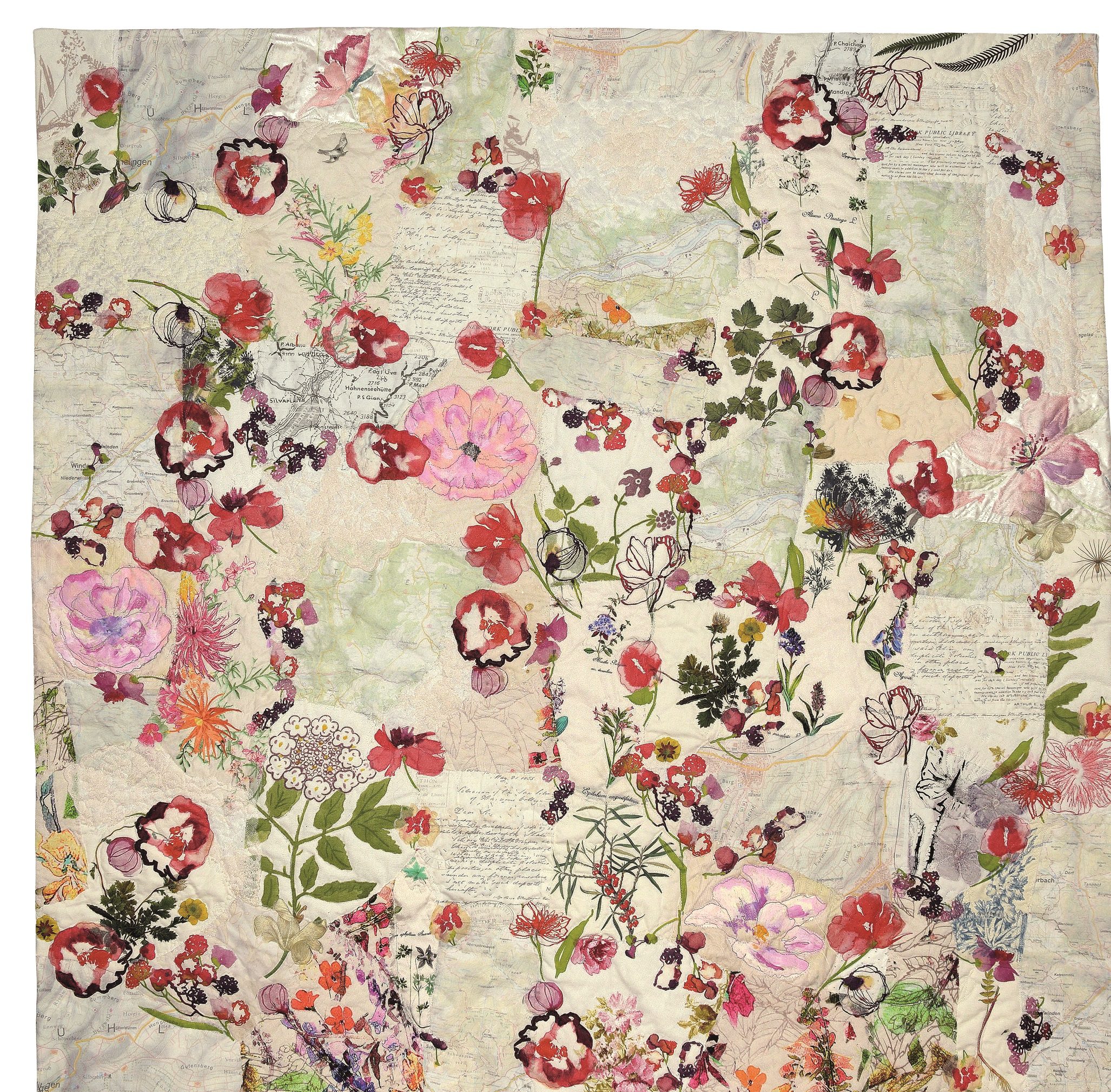 Competitions like the 7th European Quilt Triennial are perhaps able to play a modest role in creating a more united Europe. Since the European Art Quilt Foundation ceased to exist after its grand finale in summer 2017, the European Quilt Triennial has become all the more important in the European sector of contemporary quilt art. The jurors Elisabeth Brenner-Remberg (Sweden), Gabi Mett (Germany), Leslie Morgan (England), Cosabeth Parriaud (France) and museum curator Dr. Kristine Scherer have chosen 41 works from 11 European countries from the 161 works submitted.

As expected, there were very few works by young quilters, but the work ‘Nightmare’ by the 17-year-old Malou Cecille van Draanen Glismann was outstanding. This young quilter has already won awards at several competitions and it was a unanimous decision to award her the prize for talented young quilters with prize money of €1,000. The jury was impressed by the critical awareness of this young artist, who created a powerful statement for the future in her work.

For the second time running, Urte Hanke from Germany was awarded the prize for innovation in a large forma (and prize money of €1,000), for her work ‘Linear’. The balance between artistic complexity and simplicity impressed the jurors, as well as the dynamic format used by Hanke to push the boundaries in finding new ways to quilt.

This year’s Doris Winter Memorial Prize, with prize money of €5,000, was awarded to one of the most innovative and adventurous artists, Judith Mundwiler from Switzerland. The jury was impressed by the conceptual strength of the object, which takes the form of a concertina booklet, in which a variety of family evidence is used to create a lifeline – one that does not run in a straight line. A complex network of stitches, symbolising solidarity in a family, holds together the very different parts.

We hope you’ll agree that the exhibition presents a wide spectrum of techniques, concepts and subjects, providing an exciting snapshot of the current European quilt scene.

Tickets go on sale on 6th April.
Be the first to hear when tickets and workshops go on sale for The Festival of Quilts by signing up to our newsletter. As well as getting all the latest news, offers and competition straight to your inbox.
BOOK TICKETS